I recently had the problem, that the IPMI virtual console was not working on one of my servers.

After searching the problem in icedtea I discovered errors while downloading files:

I missed that the console works on other ports than 80 and that was the only forwarded port. So I changed my ssh command line to forward all IPMI ports:

Here is a LED light I built a few months ago. 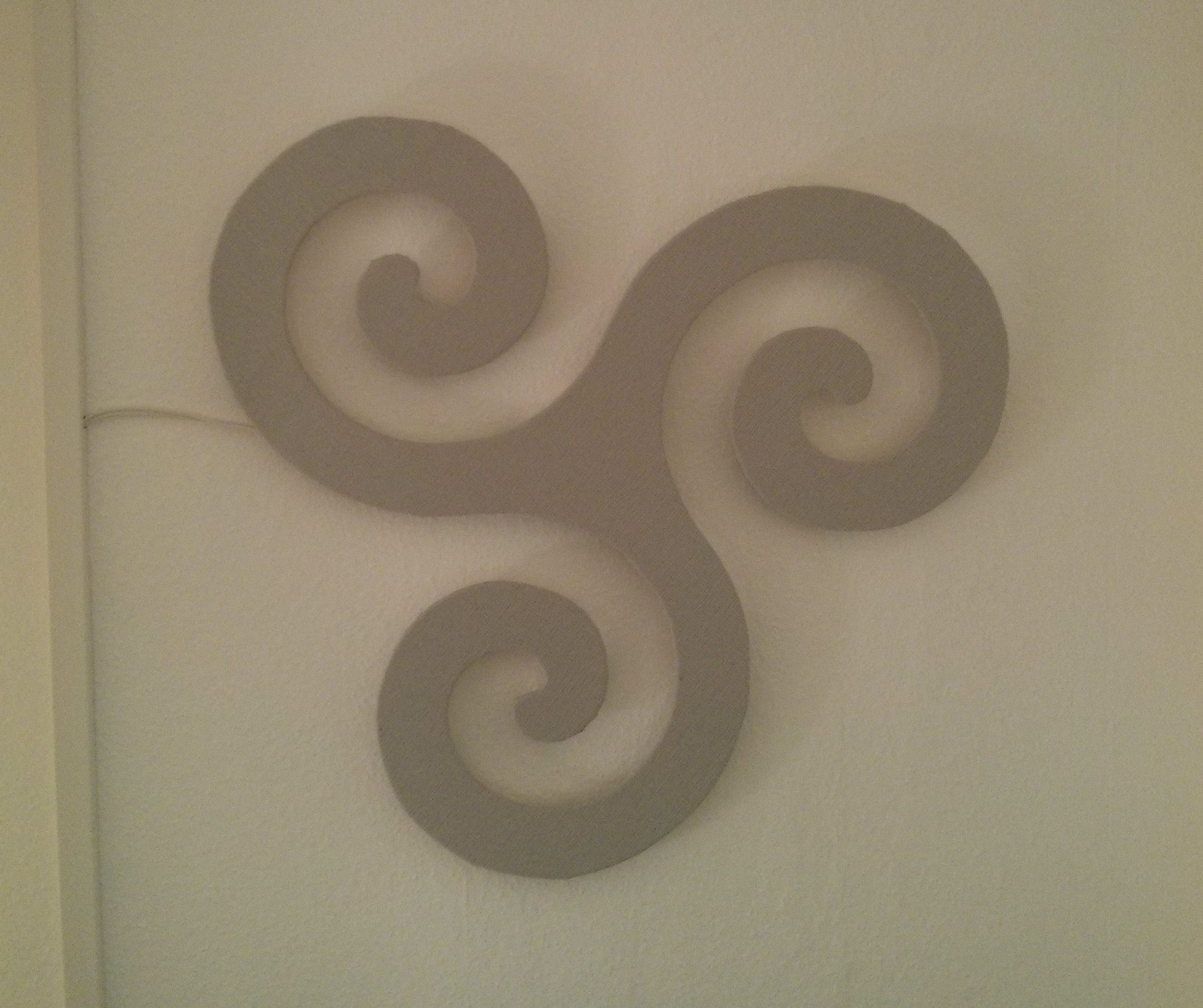 It’s built of plywood, some wallpaper and a few LED strips. 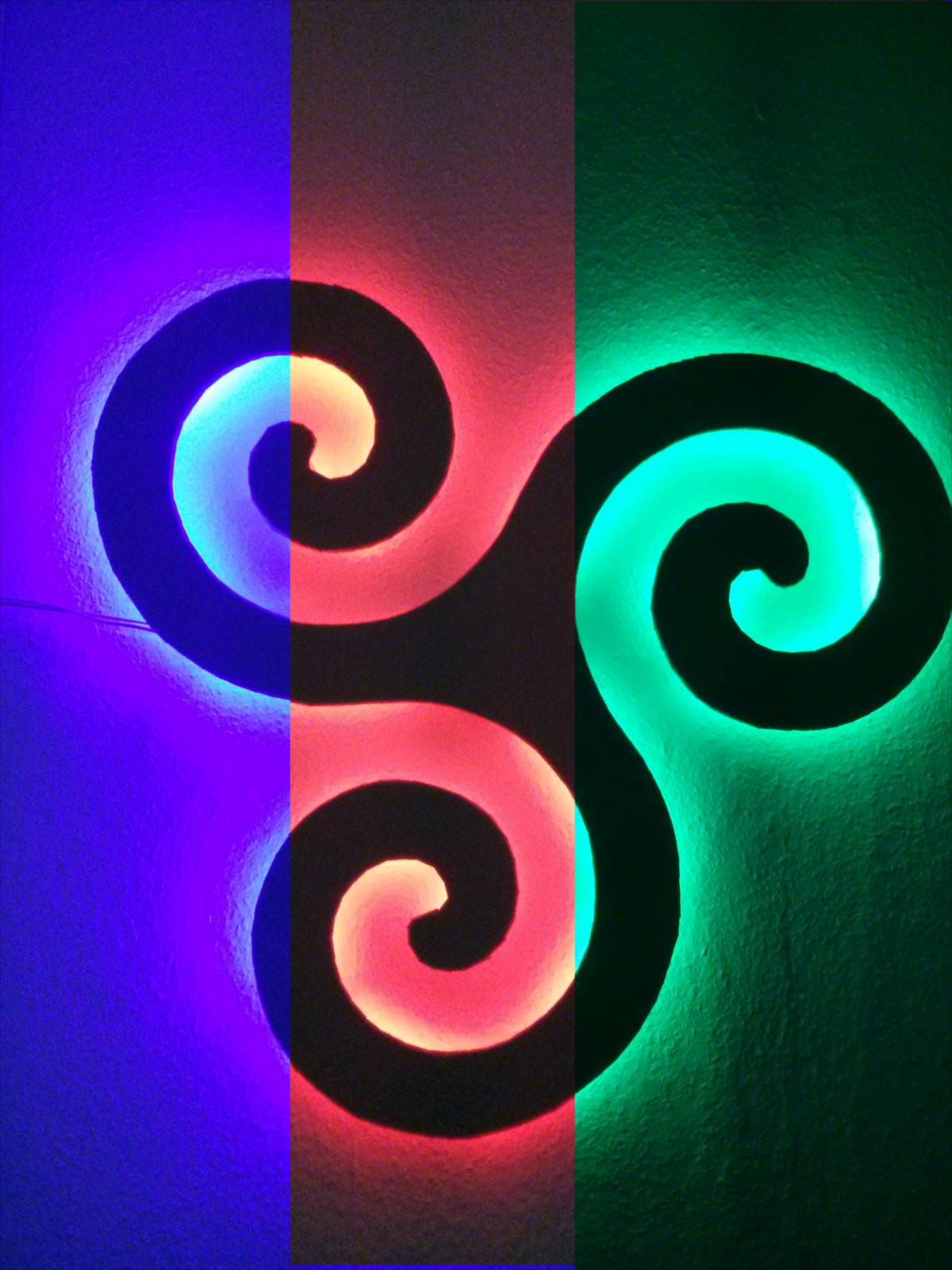 I searched a nice figure I want to cut. On wikipedia I found a triskele as svg so it could be easily resized and printed.

For printing I couldn’t find a program for printing images on DIN A4 paper for linux, so I used Easy Poster Printer for Windows.

Then I glued the paper on the wood and used a pin to stick through the paper and mark the form in the wood.

To cut the wood I used a fretsaw to be more accurate than with a jigsaw and sandpaper for rounding.

Then the wallpaper is glued to the wood and the paper flaps are wrapped around the edges to prevent it from separating. 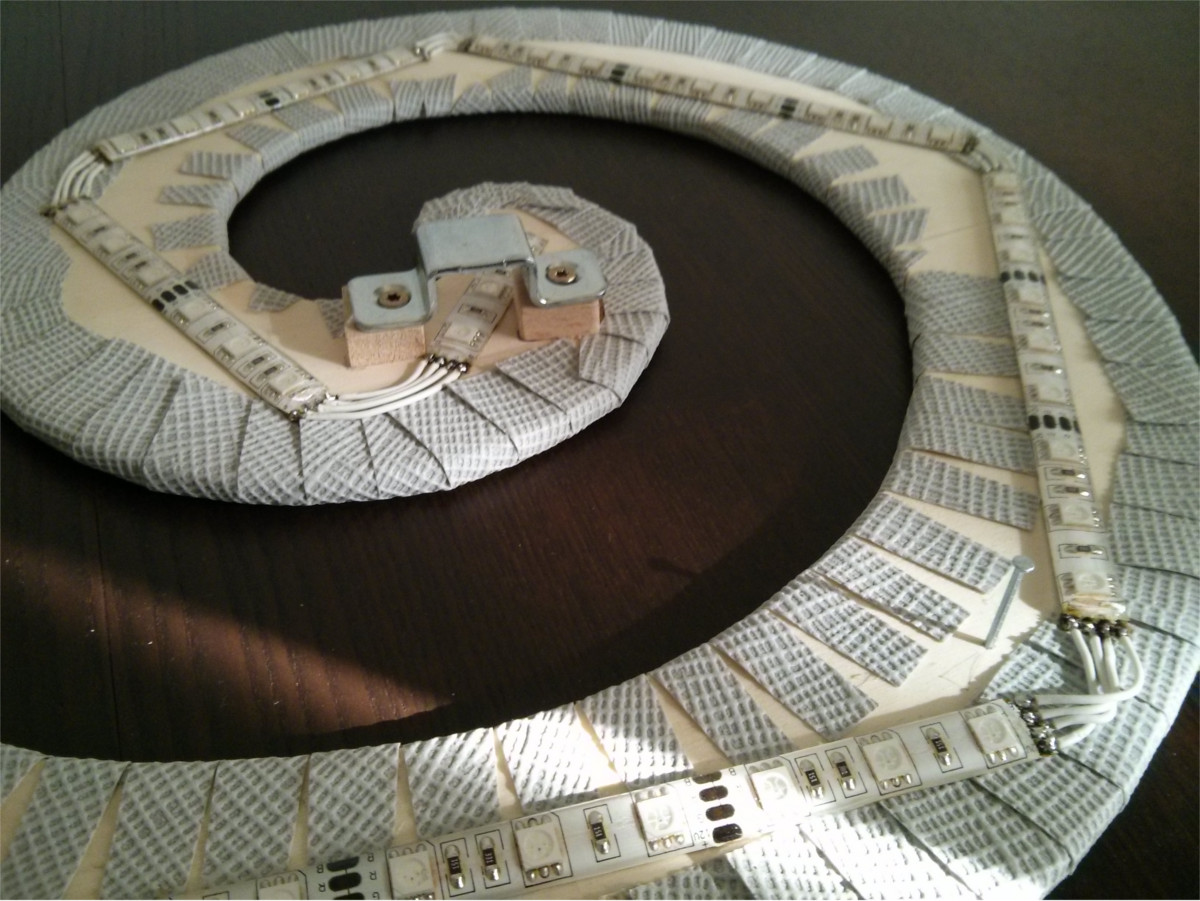 To mount the light on the wall I planned to use two metal hooks, but the distance to the wall was a bit too far. So I used a perforated foundation tie and bend it, so that it holds the metal bracket. 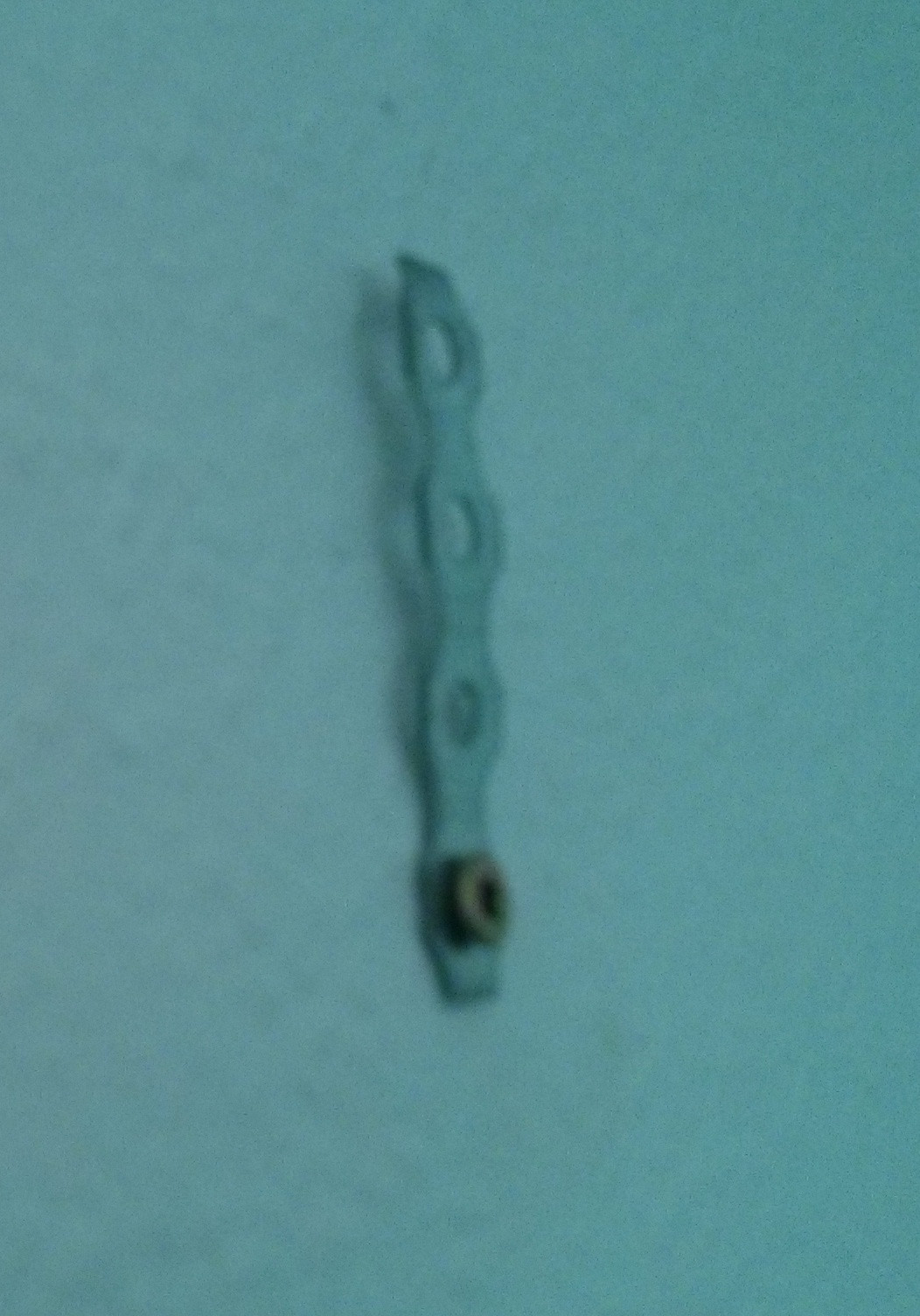 As backlight I used a RGB-LED strip with 60 LEDs/m from ebay. They can be cut every few centimeters and have a self-adhesive background. If you chose a form with less curves you avoid a few cuts from the strip, which is not bendable. 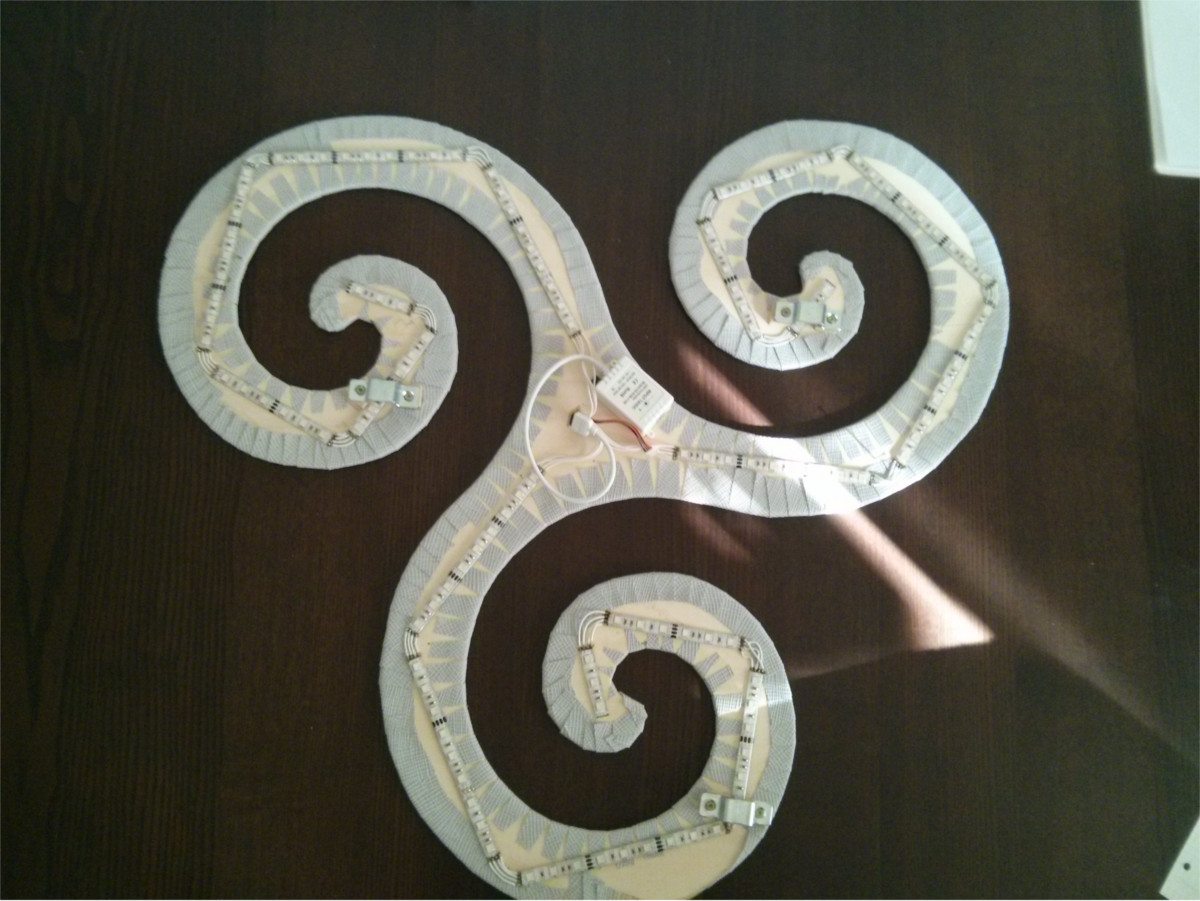 I currently use the provided controller and remote, which has limited functions but enough for daily usage. Someday I’ll replace the controller with ip capability.

I recently configured an IPv6 tunnel from SixXS on my FritzBox so that I can surf the web with IPv6.

To configure an IPv6 tunnel, you just have to register on the SixXs website, wait for approval and request a Heartbeat-Tunnel. Then type the tunnel-id and your login information in your FritzBox.

After having a working IPv6 connection at home, I enabled IPv6 on my servers. Hetzner provides a /64 to every server. To enable it, I just added a few lines to my network configuration:

In nginx I changed in every server block the listen directive:

If you forget some blocks, you may get this error:

Then I added a new AAAA-Record for my domains and now they are available over IPv6.

To test if everything works, I would recommend an online IPv6 Website test like IPv6 test. I also found the chrome plugin IPvFoo which shows the usage of IPv4/6 on every page and all includes.